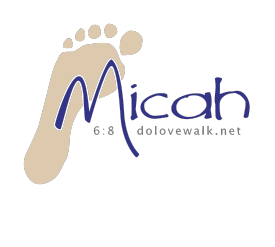 What concerns you most about people in the community who are impacted by homelessness?

We are an organization that believes people shouldn’t be impacted by homelessness we want safe stable affordable housing and people to achieve that. It’s not a good situation for them or the community. Being homeless shortens life expectancy to that of someone in the 1800’s (40-60 years old) compared to 70/75 years old. Problems: They have to do what they need to do to survive because their security is threatened. Some resort to drugs and alcohol.

Why do you think this issue has developed?

Number one issue: lack of support network, i.e. people to help them, house them, drive to appointments, etc.

30,000 people below poverty rate, but making it barely. 209 people on any given night are on the street or in a shelter. Difference in numbers is support network.

Others: growing income divide, shut down mental institutions, medicine too expensive or homeless aren’t able to pick up their prescriptions, criminalization, get reported and thrown into jail for drinking in public or loitering and they cannot pay their fines.

Have you heard concerns from community members?

What could be done to help those already affected by the issue? What might be the downsides of these actions?

Homeless are fed well, given breakfast, dinner, and snacks by local churches. We want people to help by being a large support network, teaching, driving to appointments, help teach people to live indoors again, tutoring, donating toiletries like the freebies from hotels, donating socks, etc.

What programs do you all have in place?

Currently doing a study to see if putting people in affordable housing reduces homeless and makes it easier for the homeless to get back into the workforce and a normal life.

-Do you all collaborate with other homeless shelters if there are issues or if a place is full?

We do if we can. If people come to them, (Micah is a last resort). Micah doesn’t focus on families really, but newly homeless people instead.

Other Info/ Asked about 2014 article:

A.k.a. The result of the article has so far been successful!