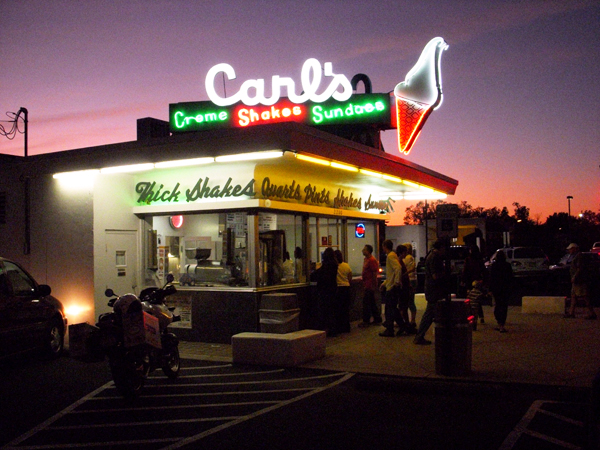 What do you do with leftover food?

Carl’s, at the end of every year during their closing week (weekend before thanksgiving) they make the rest of the ice cream with the materials they have, pack it up, and take it to local food banks for them to give out. They have a set amount of quarts they give away before closing for the year -whatever leftover quarts they have. They usually have a good amount since they also have leftover mix to get rid of it since it would go bad when they’re closed.

Do you see homelessness as a problem around Carl’s?

This isn’t a big, populated city like New York but it’s still a decent sized town so of course they have homeless people. They do not see much of a problem with homeless people around their business. If they do, they are fine to sit around. It is if they start asking for money, then the workers will politely ask them not to do it there.

Is giving away ice cream beneficial for Carl’s in any way?

They don’t receive anything in return, it’s just a nice thing that they like to do so the homeless can have a nicer Thanksgiving.